UNFCCC, the United Nations Framework Convention Climate Change was adopted in May 1992 and was opened for signature by members in June 1992 at the Earth Summit in Rio de Janeiro.

This was the world’s first environment summit when 172 governments participated and 108 heads of state or government came together to talk about environmental ills. Aided, abetted and cajoled by 2,400 non-governmental organizations and more than 17,000 people at the parallel "Global Forum".

Curiously the Earth summit was remembered at the time for the Convention on Biological Diversity that coined the term biodiversity In the two decades since, fervor for tackling biodiversity loss has waned to the point of barely a mention in today’s media.

The UNFCCC entered into force on 21 March 1994, in accordance with Article 23, that is on the ninetieth day after the date of deposit of the fiftieth instrument of ratification, acceptance, approval or accession.

Currently, there are 195 Parties (194 States and 1 regional economic integration organization) to the convention.

Since Copenhagen there have been COPs in Cancun and Durban, huge jamborees that almost have a life of their own.

A bit like an annual fix for the faithful.

History of the convention

1988: The UN General Assembly was concerned enough about the issue of climate change to ask for a major scientific assessment and the IPCC established (Intergovernmental Panel on Climate Change)

1990: The IPCC First Assessment Report is published and suggests that there is a human influence in climate change

1990: Negotiations begin on a framework convention on climate change

1992: In May the United Nations Framework Convention on Climate Change (UNFCCC) is adopted in New York and in June the convention is opened for signature at the Earth Summit in Rio de Janeiro

1995: The first of a series of annual Conferences of the Parties (COPs) is held in Berlin

1997: Intense negotiations at COP3 in Kyoto, Japan see the adoption of the Kyoto Protocol that sets binding targets for greenhouse gas emissions in 37 industrialised countries from 2008 to 2012

2000: At COP6 in The Hague negotiations break down over the US proposal to include agricultural and forest areas as carbon sinks.

2005: The Kyoto Protocol comes into force as a sufficient number of countries ratify the protocol

2007: The IPCC and Al Gore receive the Nobel Peace Prize.

2011: At COP17 in Durban the parties agree to talk further about a second commitment period for the Kyoto Protocol

It is very important to have an international forum for discussion, otherwise our tendency to only talk with our friends and make rampant assumptions about our enemies, even folk we do not know, will prevail.

But if action is needed then conventions are rarely nimble enough to provide any at all. When everyone must agree before an action is approved the success of signing everyone up comes back to haunt the process.

When agreement is hard to reach, initiatives must be watered down to reach a compromise.

And then word is not deed.

It is by convention, not legally enforceable obligation, that commitments to act are made.

International conventions like the UNFCCC serve a purpose, but it is rarely the one in the title.

If the US implemented a national emission reduction scheme, it would be equivalent to 10 Kyoto protocols.

History will record that the convention was cumbersome, slow and probably necessary.

< Back to What is climate change?

< Back to Climate-change-wisdom home page 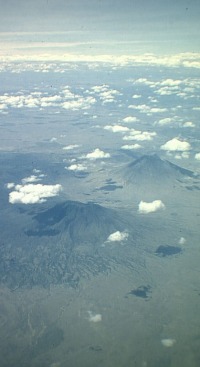