Scientific opinion climate change is more diverse than it seems. The main reason for this is that so many different scientific disciplines have something to say on the subject.

More than a dozen disciplines have theory, data and opinion on climate change and especially the tetchy subject of anthropogenic global warming .

When it comes to understanding climate change there is not one science and definitely not one opinion. There is useful input to be made from many disciplines and sub-disciplines including:

And all this before we get anywhere near

But back to the science for another complication.

Within each scientific discipline there are approaches that are taken by some scientists with more relevance to the climate change conundrum than others.

For example, our understanding of future climates from climatology relies heavily on the techniques and skills of the atmospheric and ocean modelers. These are the folk who take data and apply complex algorithms in computer simulations to make predictions of the future. This is legitimate science even though it is somewhat abstract and lacks the definitive hypothesis testing abilities of experimentation.

The input from modelers has been pivotal to the predictions and analysis presented by the IPCC.

Each has its strengths and limitations.

Then there are the time-periods that frame each discipline.

The processes that an ecologist studies are over in a blink compared to those understood by the geologist or the cosmologist. The decadal and millennium scale of forest growth and decay that gives us the carbon cycle happen hundreds of thousands, even millions of times over in a geological epoch.

Students of geology see time very differently to those who study the weather. What for a geologist is a blink, mere noise in his system, is enough time to capture the whole discipline of meteorology.

There is one opinion that crosses all disciplines and is held by the vast majority. Most scientists agree that there is climate change because we know that the planet is a dynamic ball of molten rock with a thin crust on a wobbly orbit of a pulsing sun.

There is simply too much evidence to deny that the world changes and most of these scientists would also say that climate change is real. Even the ecologists and meteorologists who don’t always have long-term data recognize that the climate is not static.

As we have seen the list of causes includes

The mainstream scientific opinion is claimed by those who believe that the evidence points to current climate change being global warming and that it is caused by an increase in greenhouse gases in the atmosphere, and that this increase is the result of human activity.

But put a scientist in a sound proof room, allow anonymity and protection from reprisals, and most of the geologists, paleontologists and evolutionary biologists, and perhaps many others, would say that this is only one of many possible causes and probably not the one.

Because these students of the longer-term processes know that prior to the industrial revolution the climate has changed dramatically many, many times. And it did it without an increase in carbon emissions from human activity because we were not around in sufficient numbers to have done the emitting.

What they know is that the scientific evidence is that there has always been a fluctuating climate on earth, it is what gave us the diverse landscape, biodiversity and wonder we enjoy. 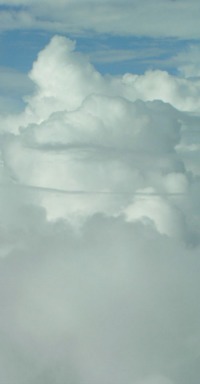