Climate change debate has been raging for the best part of two decades.

But the argument really got going before the Kyoto protocol started its official life back in 1997 some three years after the UN Framework Convention on Climate Change took effect.

Throughout this time the has been fierce climate change denial and equally vigorous promotion of climate change as the most critical global issue of our time. There has also been climate change skepticism that is generally a healthy response to uncertainty

Advocates for and against have often been so vehement that they have often argued themselves into corners without escape.

The green lobby found a corner by seeking too much action and finding that the majority of people didn’t want to go that far.

Meanwhile the deniers railed against the climate change evidence to such extremes that they eventually looked silly in the face of it.

But the climate change debate continues. It is still mostly adversarial with acrimony the most common outcome.

Meantime governments signed up to and then let slide the Kyoto Protocol whilst claiming various degrees of success in the policy target of reducing emissions. They are about to decide what the next set of targets should look like [Paris in 2015] and as they do some are still positive and others, such as Australia, are backtracking as fast as they can.

Meantime the science through the IPCC has reiterated the case for global warming even as the temperature rise seems to have stalled.

China has been building power capacity as fast as it can. There are new coal-fired power stations, nuclear facilities and a host of alternative energy solutions coming on line all the time to try and keep up with energy demand. That is what happens if you have a decade or two of double-digit economic growth.

As Giles Parkinson describes, China has also decided it would like to scale up existing provincial carbon trading schemes into a national one that would put emission reduction pressure on 40% of its economy. The scheme would regulate up to 4 billion tCO2e at a price of around $18 per tonne.

Turns out that this volume is 8x Australia’s total annual emissions and puts to bed the claim that China is not doing anything.

A $65 billion market would be twice the size of the EU market.

China also plans a 2016 start date. This is sooner than the 2020 date for many of the western economy emission reduction targets. 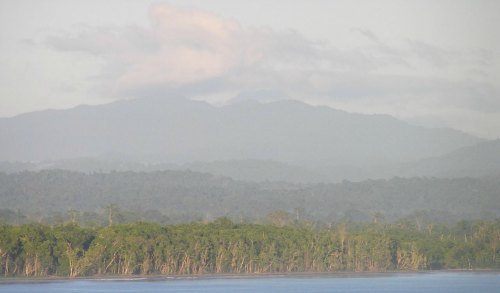 How we value climate change

In business a dollar in the hand is worth more than a dollar you get in the future. How much more the current dollar is worth is estimated by a discount rate that depresses the value of the future dollar.

It’s a time thing — dollars in the far future are worth much less than next years dollar — and it’s about what you do with the dollar you have.

In the climate change debate one of the issues is that the benefits of costly actions to mitigate climate change now [e.g. a carbon tax or a cap-and-trade scheme to reduce greenhouse gas emissions] accrue far into the future.

Why pay now if the benefits are so far away?

And why pay now if the financial return does not exceed the cost?

These are arguments to apply a high discount rate on future dollars ‘saved’ from current climate change action.

We have to pay now because we have a moral obligation to do so is the argument for a low discount rate.

Callum Pickering neatly explains the concept of how new research on very long-run discount rates can help us understand what people are willing to pay to offset the cost of climate change.

As is usual with the climate change debate, extremes are not the best answer. Using housing data to test assumptions on how much individuals value cash flows far into the future, the answer is people value future cash more than the short-term economics numbers predict and less than the moral argument would prefer.

People are pragmatic and, generally, moderate.

Early on any debate gives the opportunity to be skeptical, to test ideas and be persuaded by evidence and logic. It is an important process for controversial or difficult environmental issues. But it is easy to overdo it.

After a while debates can become stale; they achieve nothing beyond an ego fix.

This is what has happened with the climate change debate. It has become a slanging match of polarized views with advocates boxed into their corner without much chance of saving face. This is not good.

What these two examples tell us about the climate change conundrum is that there are solutions to complex policy choices and that people as a collective are rarely as extreme as the polarization might suggest.